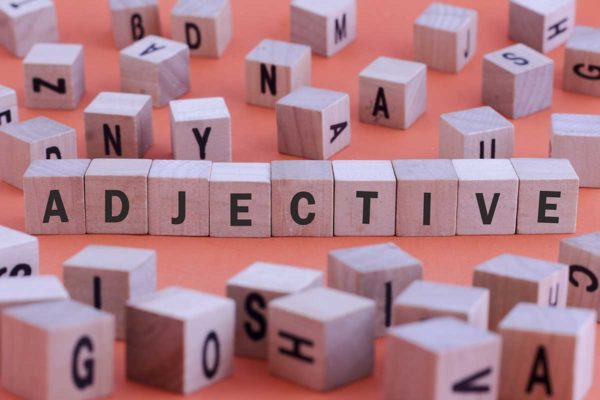 Traditional language teaching often focuses on repetition and rote learning, but children want to learn through experience and engagement. Discover how you can make learning fun with these exciting and easy adjective-based language games.

A good game to play at the start of the school year, the teacher can go first and then ask students to do the same. Standing at the front of the classroom, students introduce themselves to the class by describing qualities about themselves – for example, “I’m curious, cheerful and tall.”

Create a deck of cards with different adjectives written on each card. You’ll also need some images (pictures from magazines, travel brochures etc) that can be described by adjectives. Now here’s how the game works:

Divide the class into two or more teams, then write a noun on the board or show it as an image. Teams have a minute to write down as many adjectives as they can. Teams get a point for every adjective that is appropriate. A fast, fun game that students love!

Students bring objects from home and describe them front of the class. The teacher takes notes of all of the different adjectives the student uses to describe the object. These can be displayed around the classroom later or the teacher can quiz the class on what adjectives were used after each presentation.

Like show and tell, have students come to the front of the class and use adjectives to describe their day so far. Lead them with prompts like:

Try to guide students into giving descriptive opinions. Afterwards, quiz the class on aspects of the tale. “What adjectives did Rachel use to describe maths class?” etc.

This is a fun game that tests student’s creativity and understanding using adjectives. Have students come up with ‘Who am I?’ riddles using adjectives to describe animals, people, vehicles and other nouns. Have them read the riddles out to the class (or in small groups) and see who can solve the riddle.

7. Circling the adjectives on favourite stories

There are a few ways to do this fun game that can be played in a group or during quiet time. Teachers can print out samples from student’s favourite stories or write them on the board. Encourage students to read through the story, circling adjectives as they go. The best thing about this exercise is its versatility, easily slipping into any lesson plan.

The teacher places different objects in a bag. Students are invited to come up and feel one of the objects, describing what it feels like. The rest of the class tries to guess what the object is based on the adjectives used.

This game requires a bit of prep, but is hours of fun and can be reused for other word groups like nouns and verbs. You’ll need a deck of flashcards, some magnets and a fishing rod. Here’s how to play:

Encourage students to ‘fish’ the adjectives from the pile, with students taking turns controlling the rod. They’ll need to distinguish between the adjectives and non-adjectives before they can fish one out. Once they correctly fish out an adjective, you could also ask them to name an object that could be described using that word.

Pair students up and ask them to describe each other. This can be a great exercise and also a great activity for teaching children positive social interactions, focusing on positive aspects of their classmates and developing empathy and sensitivity to one another.

From a magazine collection, ask students to use adjectives in describing the various people on the pages. Try to vary the magazines and subjects. You can also move away from people to things (cars, boats etc).

Educational games are effective because often students don’t even realise they’re learning while playing. Many are also versatile and can be tweaked or repurposed to use for other subject areas. Through games like these you can create a fun learning environment for your students that’ll help them pick up the difference between adjectives and other kinds of words in no time.