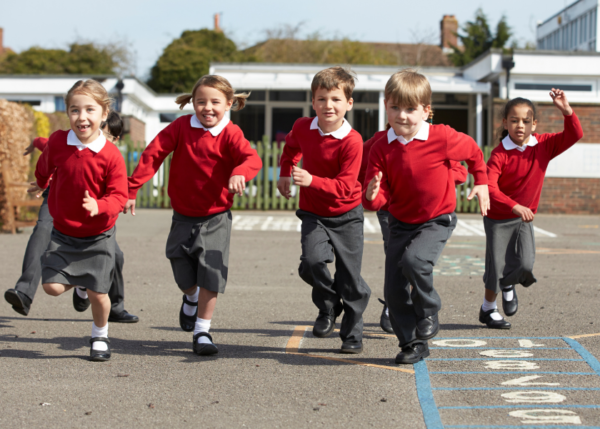 Physical activity is not only essential for healthy growth and development, it’s also important to learning.

Research shows that physical activity – whether it’s team sports, bike riding, swimming at the beach or playground games – has positive effects on the brain and on school performance.

The positive effects of physical activity on the brain

Physical activity has a direct impact on the behaviour and development of the brain. An essay by Charles Basch of Columbia University summarised how physical activity can improve brain function:

According to the US Centre for Disease Control and Prevention (CDC), physical activity has an impact on cognitive skills such as concentration and attention, and it also enhances classroom attitudes and behaviours, all of which are important components of improved academic performance.

A study from the University of Illinois showed that children who are physically fit are more likely to perform better in school and achieve higher grades.

Children participating in the study were given electroencephalograms (EEGs) to measure brain waves and how fast the brain responds to certain stimuli. Researchers found that the brain synapses of physically fit children fired faster and stronger, and as a result those children had better language skills.

The more physically fit children were not only better at reading, but they were also better at reading passages with several grammatical errors. The researchers looked at the brainwave patterns that deal with language and the ability to spot errors in grammar. The fit children had strong results with both brain wave groups and a better understanding of nonsensical or error-filled sentences. At the Copenhagen Consensus Conference 2016, which gathered 24 researchers from eight countries and from various academic disciplines, physical activity was also found to boost brain power and academic performance, among other benefits.

The consensus statement, which was published in the British Journal of Sports Medicine, lists the reasons why physical activity is beneficial for children and adolescents aged 6-18. Supporting a culture of inclusiveness: