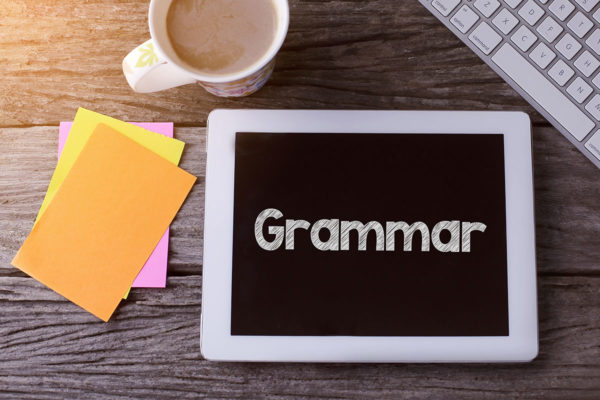 Whom should be used to refer to the object of a verb or preposition. For example, in the sentence “To whom was the letter addressed?”, the object is having a letter addressed to them. When in doubt, try this simple trick: If you can replace the word with “he”’ or “’she,” use who. If you can replace it with “him” or “her,” use whom. Another good way to determine when to use whom is if there’s a preposition in front of it, like ‘by’, ‘with’ or ‘on’.

2. Sentences ending with a preposition

A preposition is a word that indicates the relationship between two nouns (things), like ‘on’, ‘with’ and ‘in’. Sentences should not end with prepositions. For example, ‘There is nothing to be afraid of’ is technically wrong, though it sounds natural.

3. Starting a sentence with a conjunction

Technically, you’re not supposed to start a sentence with a conjunction like ‘and’ or ‘but’. However, it’s becoming more and more common. You can probably get away with it in a blog article, a novel or a poem, but should avoid starting sentences with conjunctions in academic writing.

4. Different to v different from

An infinitive is a construction such as ‘to go’ and ‘to be’. Purists believe infinities shouldn’t be separated by placing a word in between. For example, the famous Star Trek quote, ‘to boldly go’, is in fact, incorrect.

8. Referring to a company as singular

The correct phrase is ‘try to’, as trying is part of the action. You don’t ‘try and learn to the play piano’; rather, you ‘try to learn to play piano’.

E.g. and i.e. are often used interchangeably, however they have different meanings. E.g. stands for ‘exempli gratia’, a Latin phrase meaning ‘for example’. It should be followed by any number of examples from a set of possible examples. Contrastingly, i.e. stands for the Latin phrase ‘id est’, which means ‘that is’. Therefore, i.e. should be followed by all of the applicable examples.

13. Parentheses at the end of a sentence