Students created over 6,000,000 words as part of the most fun online spelling competition in the United States.

After two weeks of competition, LiteracyPlanet has officially announced the winners of Word Mania USA for 2019! 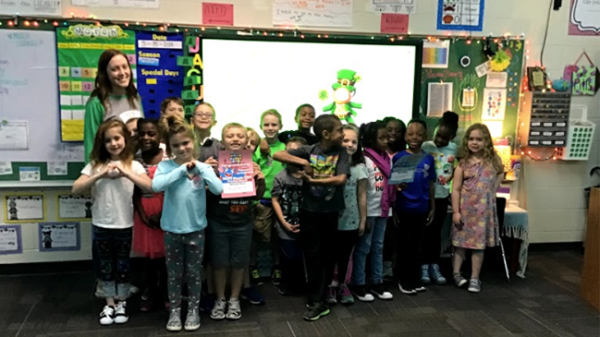 Word Mania was a hit at Matilda Harris Elementary School!

Students from all 50 states took part in the fun word-building challenge, spelling 6,360,188 words correctly over the competition. The school with the highest score for each grade level becomes a Word Mania champion and will receive prizes, trophies and certificates from LiteracyPlanet.

Each year LiteracyPlanet notices a big improvement in student scores during our Word Mania competitions around the world, and Word Mania USA was no different.

The average number of correct words per exercise increased by an incredible 49%, which is a remarkable improvement over such a short competition.

LiteracyPlanet CEO Adam McArthur said: “LiteracyPlanet has been impressed by the way schools around the United States have embraced Word Mania. To have so many students participate and build over 6,000,000 words shows just how important developing English literacy skills is.

“Congratulations to the winners and all the schools that participated!” And students dressed as their favourite words for a Word Mania parade. Grades 1 and 2 placed first, which is a huge effort!